The Center for Sustainable Shale Development (CSSD)  announced the Claude Worthington Benedum Foundation has joined the center as a philanthropic  participant. CSSD consists of a group of leading environmental organizations, philanthropic  foundations and energy companies which have partnered to provide natural gas producers in the  Appalachian Basin with certification to a set of collaboratively developed, leading-­‐edge performance  standards for shale development.

The Benedum Foundation is now one of three CSSD philanthropic participants, joining The Heinz  Endowments and the William Penn Foundation.

“The Benedum Foundation has long been an anchor in regional philanthropy,” said Andrew Place,  Interim Executive Director at CSSD. “It is very encouraging that CSSD’s work focused on prudent development of shale resources is in keeping with the goals of the foundation.”

The Benedum Foundation focuses its investments in West Virginia and Southwestern Pennsylvania.  The foundation encourages projects that cross state lines and supports initiatives that benefit the  multi-­‐state economy centered in Pittsburgh.

About Center for Sustainable Shale Development (CSSD)
Based in Pittsburgh, Pennsylvania, CSSD is an independent organization whose mission is to support continuous improvement and innovative practices through performance standards and third-­‐party certification in the Appalachian Basin. 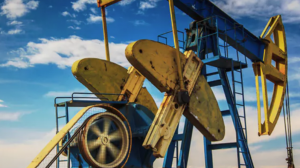 What You Need to Know About Casino